Please join us for an opening reception on Friday, February 1 from 5-9pm at the UT Downtown Gallery. 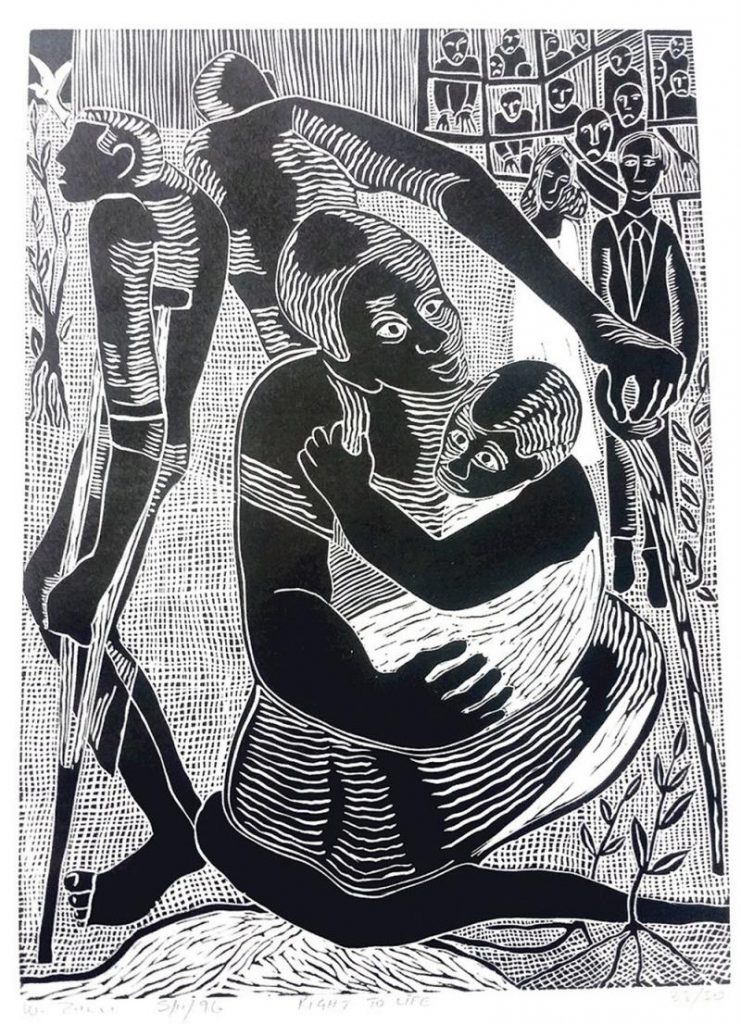 The South African Bill of Rights was born out of a long struggle against racial segregation and human rights violations. Until the first democratic election in 1994, the majority of South Africans had been excluded from participating in the political process. Talks in the early 1990s between political prisoner Nelson Mandela and then South African leader F.W. DeKlerk ultimately led to free elections and a new government which aimed to respect the rights of all its citizens.

Images of Human Rights features fine art prints, created by artists representing the nine provinces of South Africa and hand printed by master printmaker Jan Jordaan. The print portfolio was conceived of and released in 1996 by the Images of Human Rights Portfolio Committee, in commemoration of the newly post-Apartheid nation’s Bill of Rights. Funds generated from the sale of portfolios are deposited in the Artists for Human Rights Trust account and are used by Amnesty International and other organizations for human rights education programs for the young people of South Africa.